“The man who will go where his colors go without asking, who will fight a phantom foe in a jungle or a mountain range, and who will suffer and die in the midst of incredible hardship, without complaint, is still what he has always been, from Imperial Rome to sceptered Britain to democratic America. He is the stuff of which legends are made. His pride is his colors and his regiment, his training hard and thorough and coldly realistic, to fit him for what he must face, and his obedience is to his orders. As a legionnaire, he held the gates of civilization for the classical world … today he is called United States Marine.”

LtCol T R Fehrenbach, USA, in “This Kind of War”:

To print this page (MCL/TVD Save the Date) 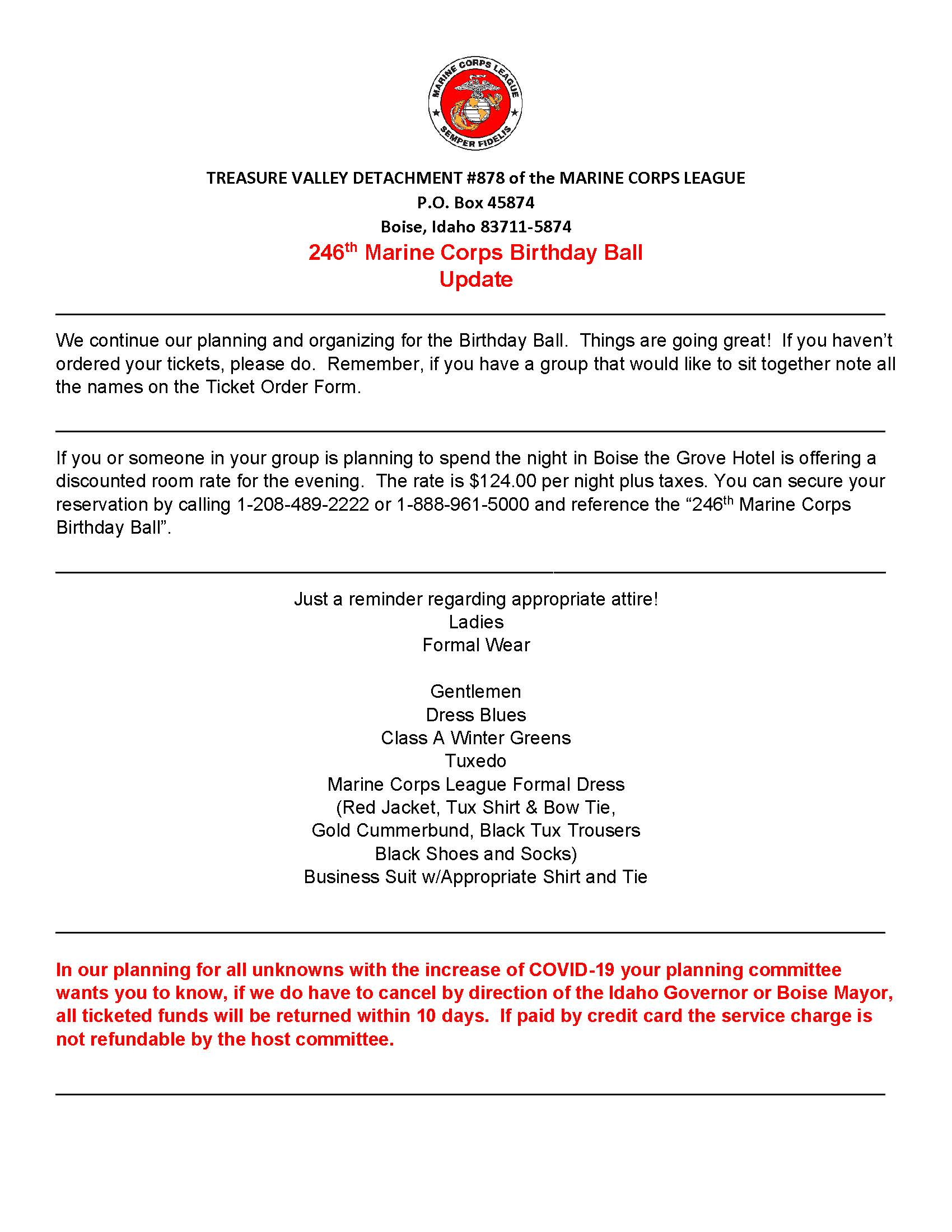 The TICKETS are in, time to get yours, see the information below, only 300 seats, expect them to go fast. This is the first ever Boise Marine Corps Ball hosted by Treasure Valley Detachment, with the assistance of the Marines of Charlie Company. 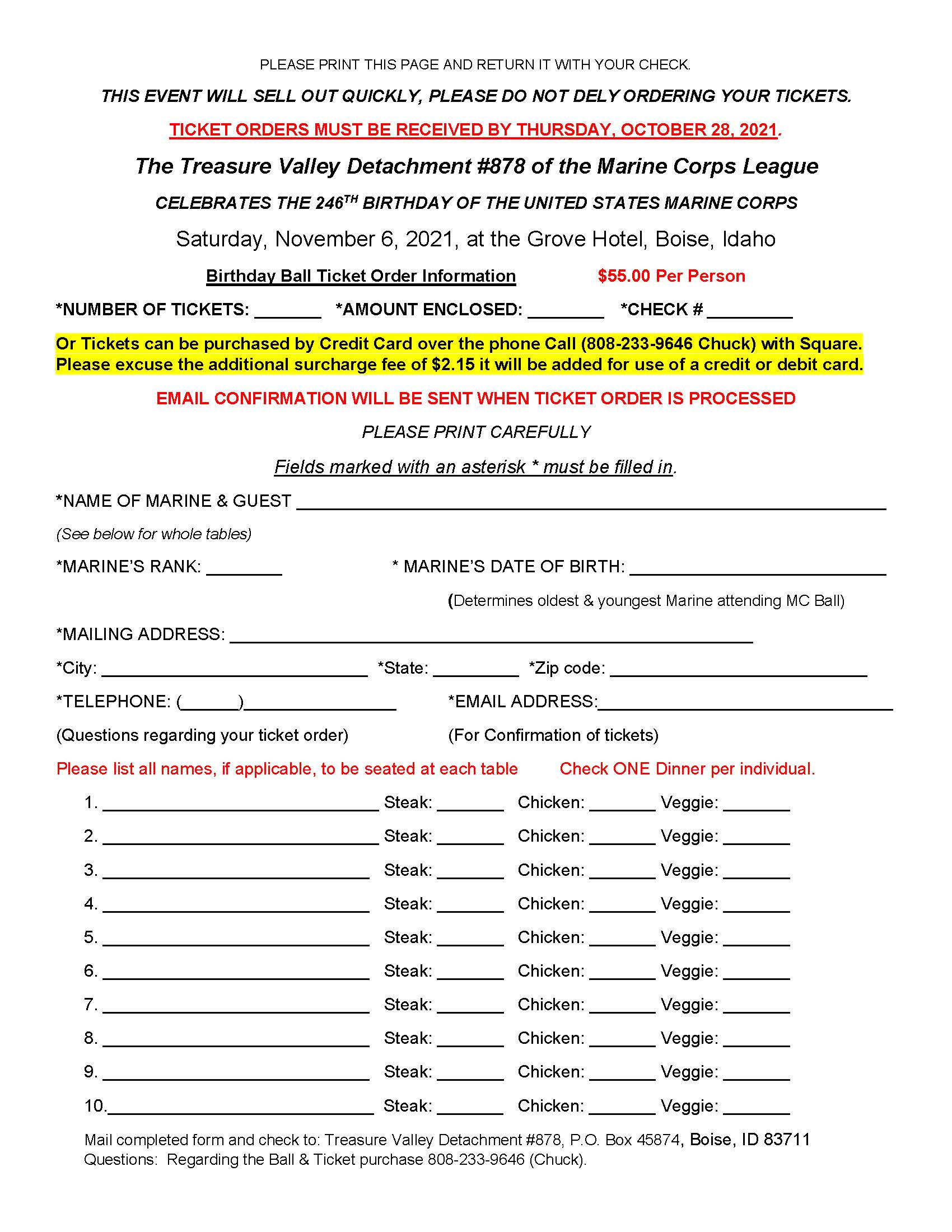 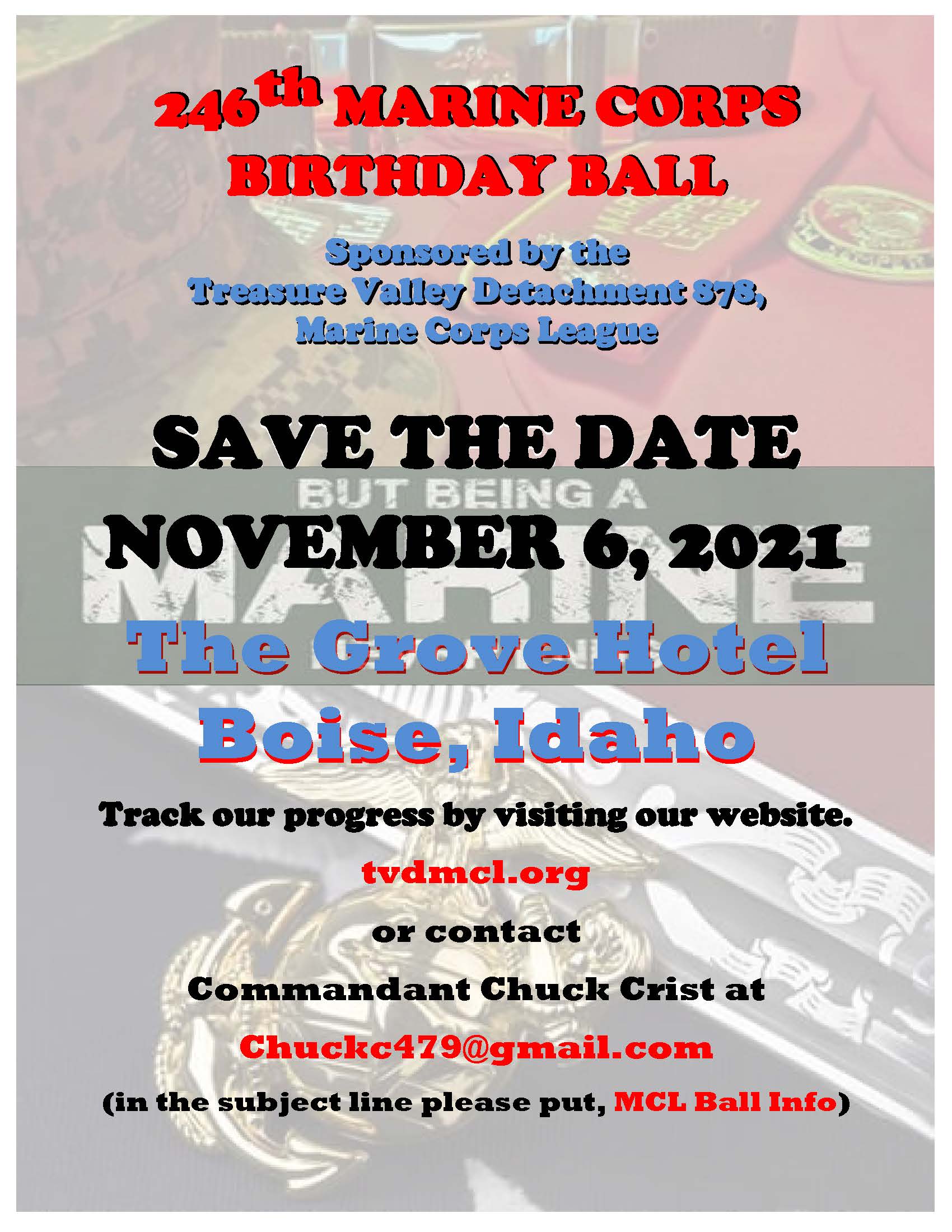 “Marines are about the most peculiar breed of human beings I have ever witnessed. They treat their service as if it was some kind of cult, plastering their emblem on almost everything they own, making themselves up to look like insane fanatics with haircuts so short as to be ungentlemanly, worshipping their Commandant as if he was a god, and making weird animal noises like a band of savages. They’ll fight like rabid dogs at the drop of a hat just for the sake of a little action and are the cockiest SOBs I’ve ever known. Most have the foulest mouths and drink well beyond man’s normal limits, but their high spirits and sense of brotherhood set them apart and, generally speaking, of the United States Marines with whom I’ve come in contact, are the most professional warriors and the finest men I’ve had the pleasure to meet. “