“They seem almost addicted to their own paraphernalia: whenever a Marine appears, Marine Corps hats, sweatshirts, and jackets are never far behind.  Marine Corps flags fly outside their homes, the eagle, globe and anchor emblem adorns cars, boats, backpacks, and biceps.  Few military organizations think of their culture as a form of power, the Marines do so explicitly, protect it zealously, and deploy it offensively.”

Underdogs: The making of the Modern Marine Corps,  Aaron B. O’Connell 2012

D. The only insignia authorized for wear on Marine Corps League covers is the anodized solid gold color or polished brass Marine Corps emblem on the left side.  The Devil Dog patch, if authorized, will be worn up front on the right side of the cover.  The identification strips, i.e. Department or Detachment strip or embroidering, will be centered on the right side.  If the “Life” strip is worn, it will be to the rear of the right side.  The “LIFE MEMBER” strip will be worn the same as the identification strips are worn, and should be worn above other strips.  NO DIVISION PINS OR OTHER PINS/ORNAMENTS ARE AUTHORIZED ON MARINE CORPS LEAGUE COVERS. 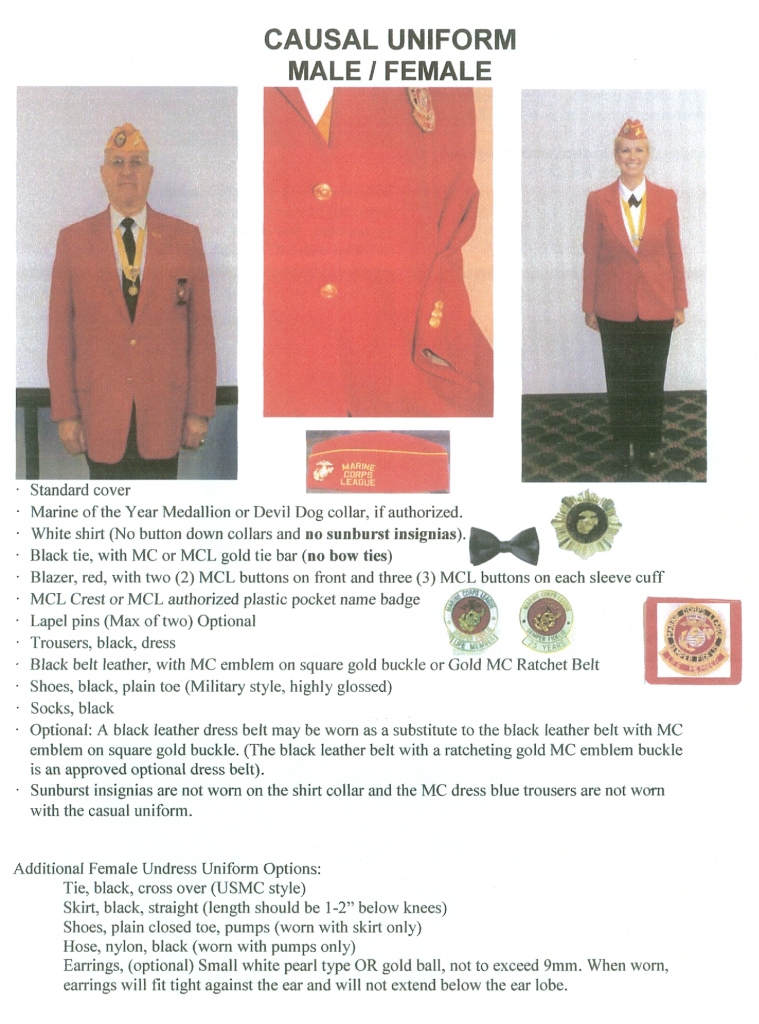 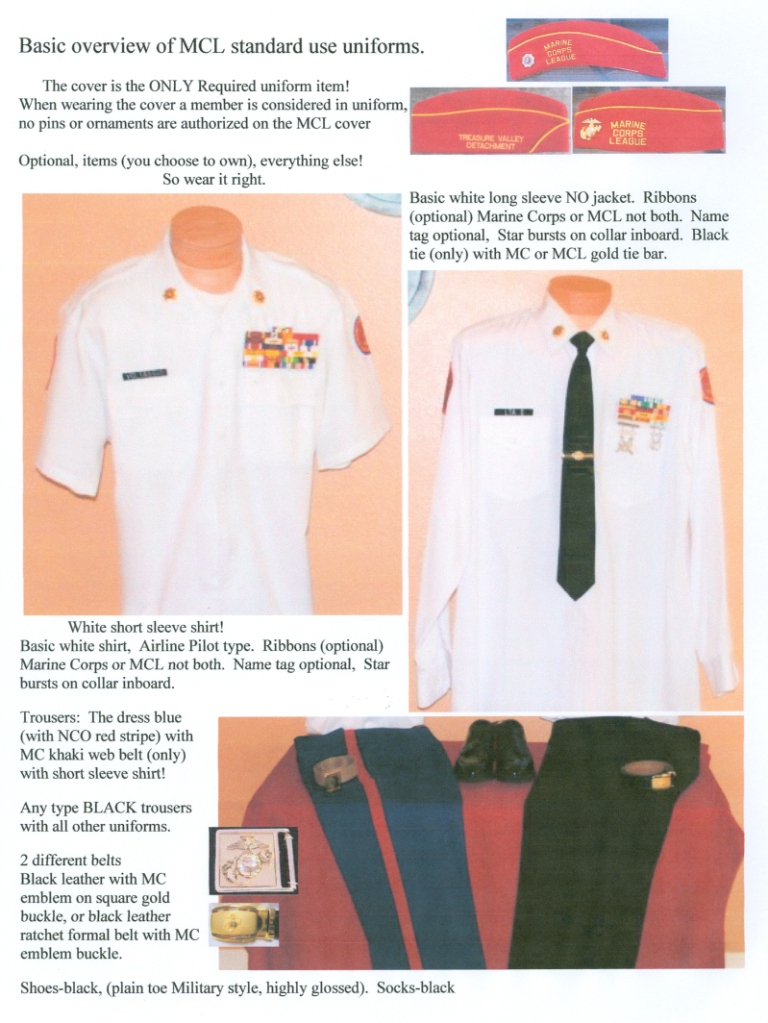 “few veterans would disagree with his assertion that “there’s a magical feeling about being a United States Marine.”

Underdogs: The making of the Modern Marine Corps, Aaron B. O’Connell 2012