“Among the Americans who served on Iwo Island, uncommon valor was a common virtue.”

Fallen Marine Program:  The Fallen Marine Program is one of the most heartfelt and rewarding programs of the League Detachment.  When an honorably discharged, reserve, or active duty Marine passes away, a Detachment participating in the “Fallen Marine Program” will attend the visitation or funeral and present the primary next of kin, usually the spouse, with an embossed MCL certificate that recognizes the deceased Marine’s service to the Nation and Corps.

The presentation of the Certificate is often unexpected by the family and the fact that Marines who may not have known the deceased, but are fellow Marines, and come to the ceremony to show appreciation and respect for his or her service is one of those moments that makes one proud to have participated. Funeral Details.

When a Marine with a discharge under honorable conditions dies, the funeral home should notify USMC Casualty Branch to request funeral honors.  At the minimum, the Marine Corps will provide three Marines; two to fold the flag and present it to the primary next of kin, and one to play Taps.  Depending upon the schedule, distance, and commitments, the Marine Corps may also provide an Honor Guard to provide the rifle volleys.

VOLUNTEER:  Honor Guard – Be part of a team that participates in Military Funeral Honors for our fallen veterans. If interested, call David Swickard at 208-229-3043 – (Year Round) 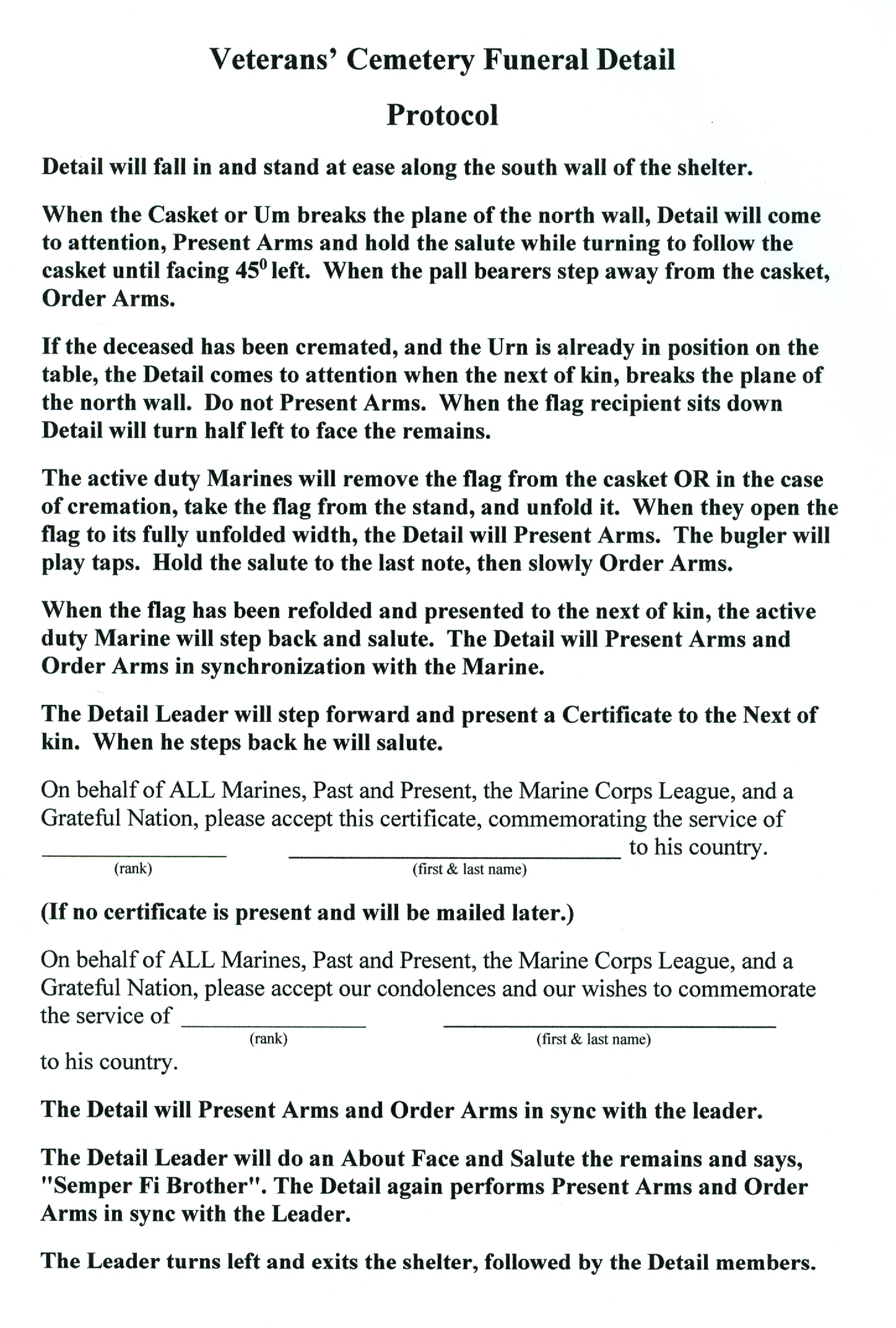 Guidance rules for names placement on stones.
For names to be added, members are required to be a paid up current member of the Treasure Valley Detachment #878 at time of death. Names will be added LAST, FIRST, middle INITIAL and date of death. Asterisk for *Charter members. (Members who signed the original founding charter, April 1994, 36 members). (See page Bylaws & Administrative/Charter)

Listed below are members of the Treasure Valley Detachment who have reported in for the last time.    *Charter Members 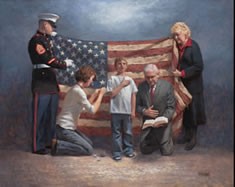 Almighty Father, whose command is over all and whose love never fails, make me aware of Thy presence and obedient to Thy will.  Keep me true to my best self, guarding me against dishonesty in purpose and deed and helping me to live so that I can face my fellow Marines, my loved ones, and Thee without shame or fear.  Protect my family.

Give me the will to do the work of a Marine and to accept my share of responsibilities with vigor and enthusiasm.  Grant me the courage to be proficient in my daily performance.  Keep me loyal and faithful to my superiors and to the duties my Country and the Marine Corps have entrusted to me.  Help me to wear my uniform with dignity, and let it remind me daily of the traditions which I must uphold.

If I am inclined to doubt, steady my faith; if I am tempted, make me strong to resist; if I should miss the mark, give me courage to try again.

Guide me with the light of truth and grant me wisdom by which I may understand the answer to my prayer. 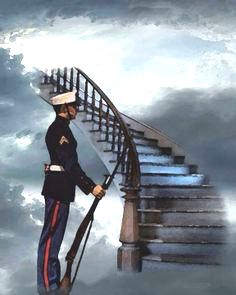 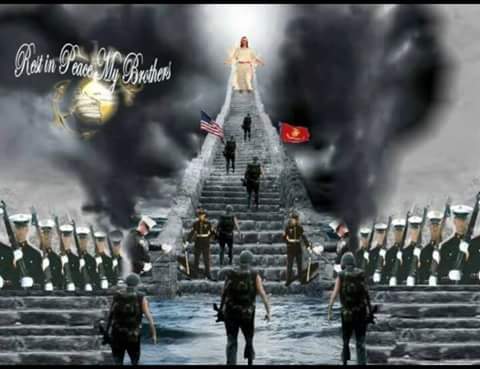 These are images of the original dedication of the living memorial in 2003.  The original bronze placard did not weather well and was replaced by a granite stone in 2005 it remains on view (unless temporarily removed for names to be added) at the Boise Veterans Hospital outside of the Volunteer entrance.

Location of the Marine Corps League Living Memorial is at the Veterans Administration Hospital in front of entrance to the volunteer office.

The three new stones joined the current stone on 14 March 2012 and were placed facing out so a viewer could walk around to view all names.

Marine Walt Modler thanks Phil Fouts of Boise Valley Monument Company for his and his staffs efforts insetting up the newest monument stones 14 Mar 2013.

In August 2018 a pipe broke under the tree and monuments, all had to be moved. The grounds maintenance personal of the VA Hospital saved the monument, but the tree was lost.

The tree was replaced and the stones were moved to a new location in front of building 67 on the path to the gazebo. 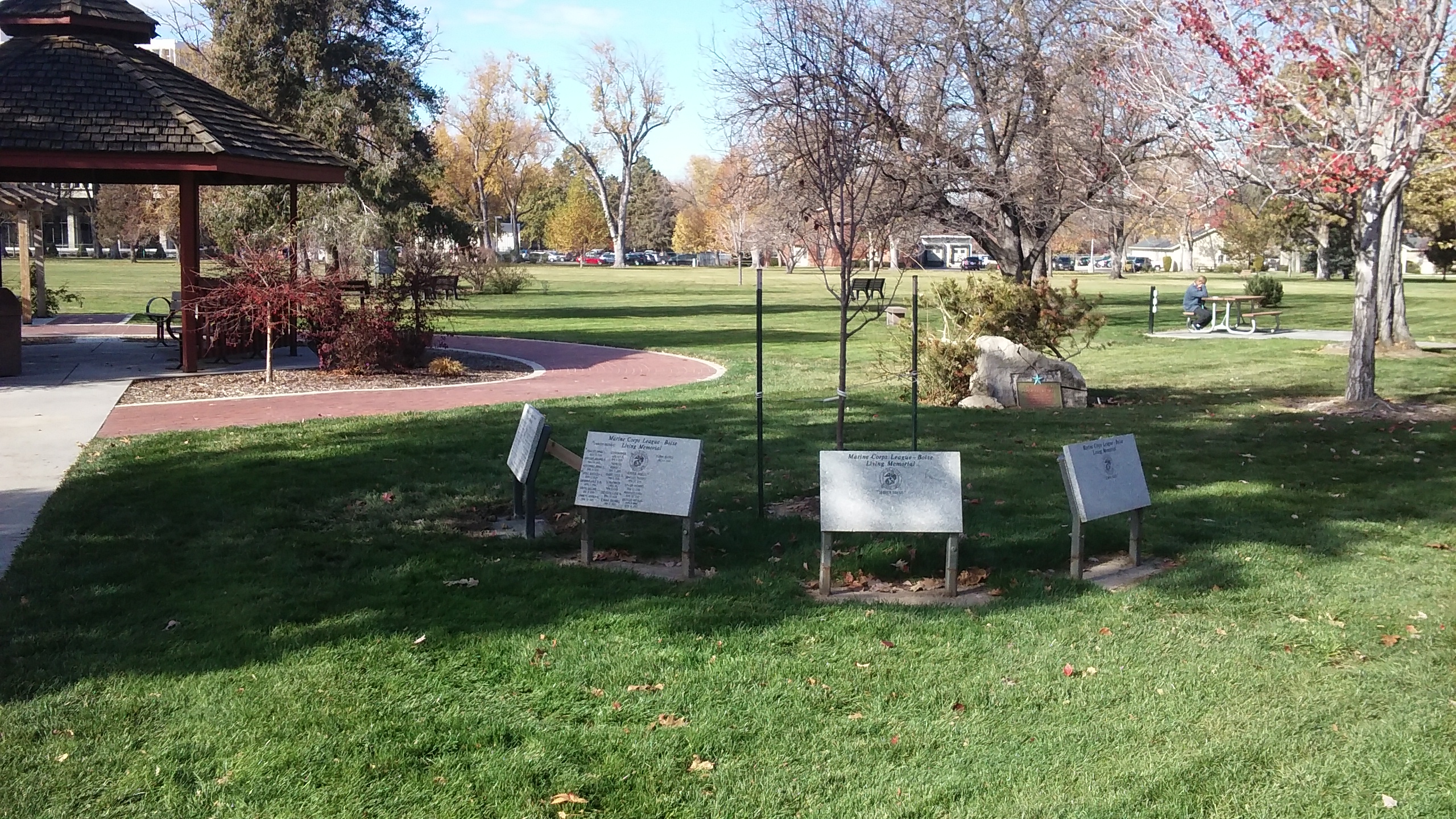 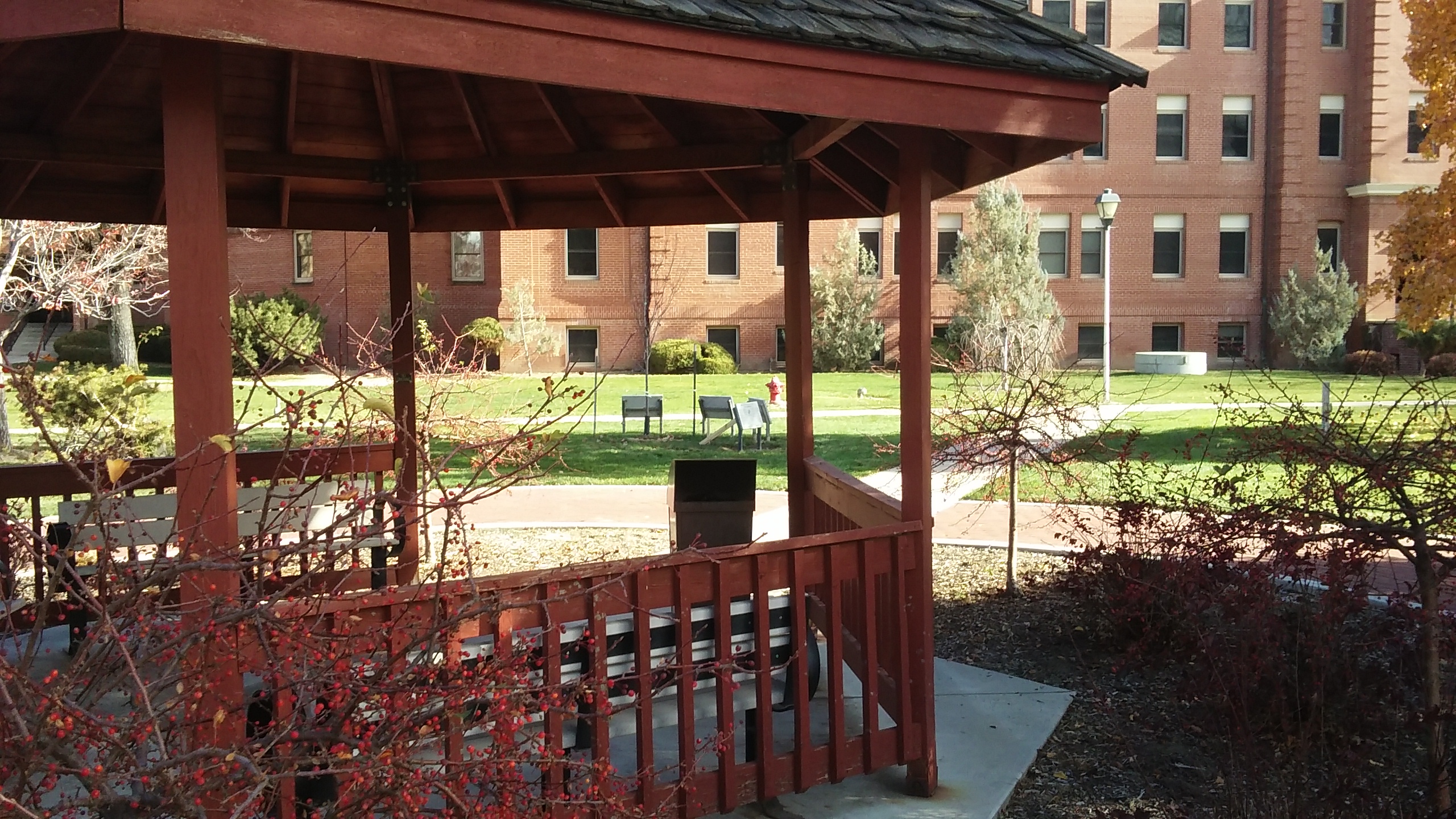 Grateful appreciation to Mr. Phil Fouts of the Boise Valley Monument
Company without their years of assistance and efforts this Living Memorial
would not be possible.