“You are part of the world’s most feared and trusted force. Engage your brain before you engage your weapon.”

Marines of Treasure Valley Detachment
Marine Corps League
selected by a committee of their piers as Marine of the Year.

Guidance for the selection of Detachment Marine of the Year from Detachment Bylaws. 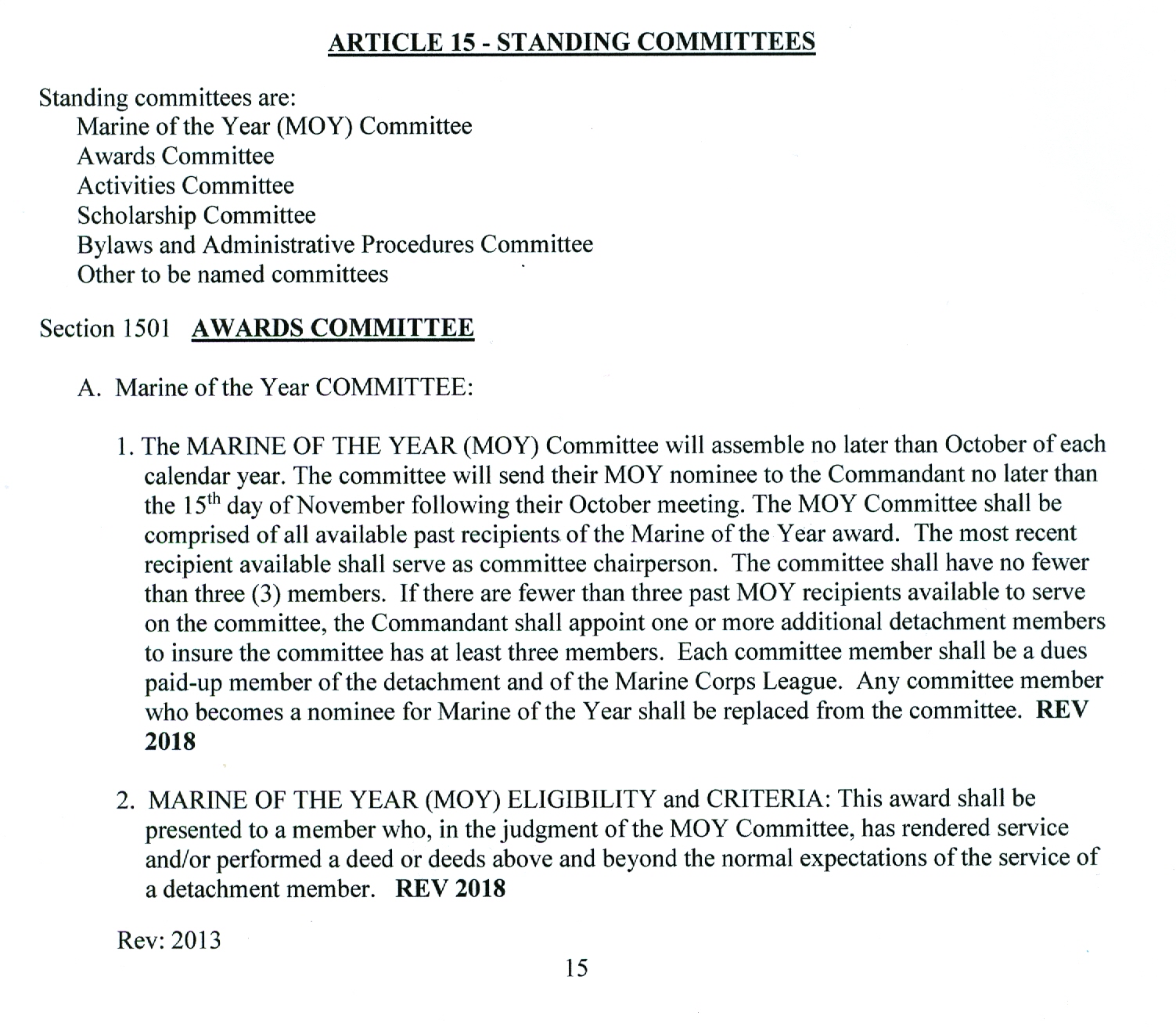 “The Marines will never disappoint the expectations of their country – NEVER!”